Click on a picture to see it pop up in a “lightbox”. Pictures are posted in no particular order. (Featured image: Untitled – by Sharkie 19)

Hiccup and Toothless – by Forkandspoon00 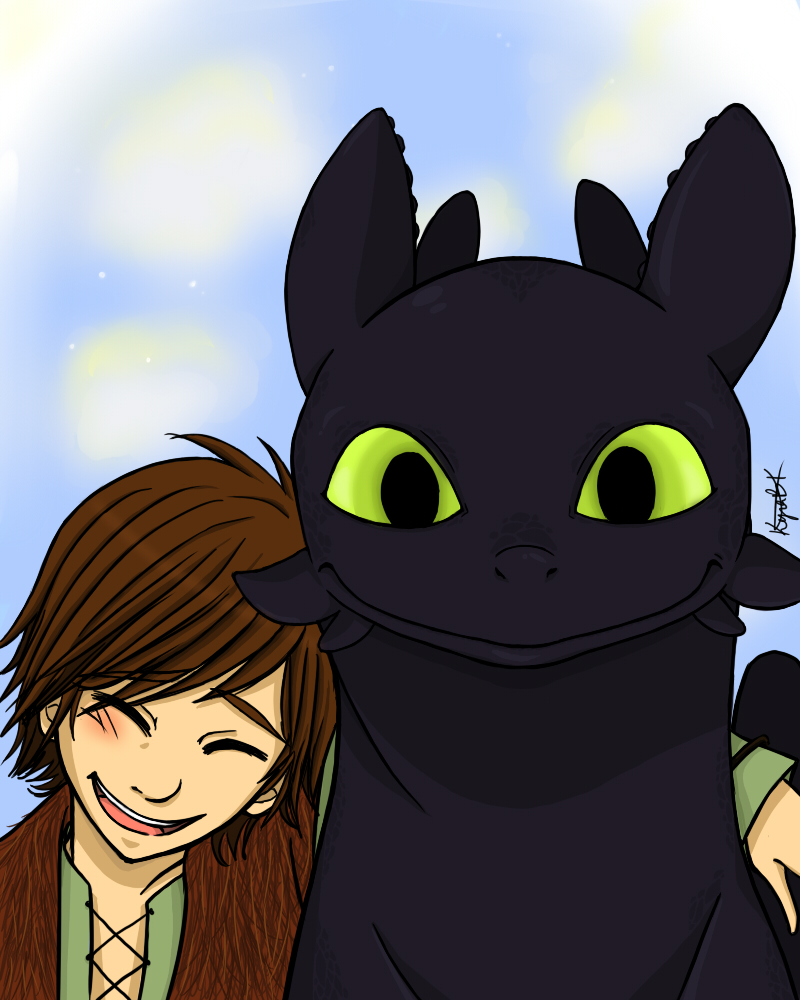 That moment, when your best friend pulls a goofy smile for the camera. 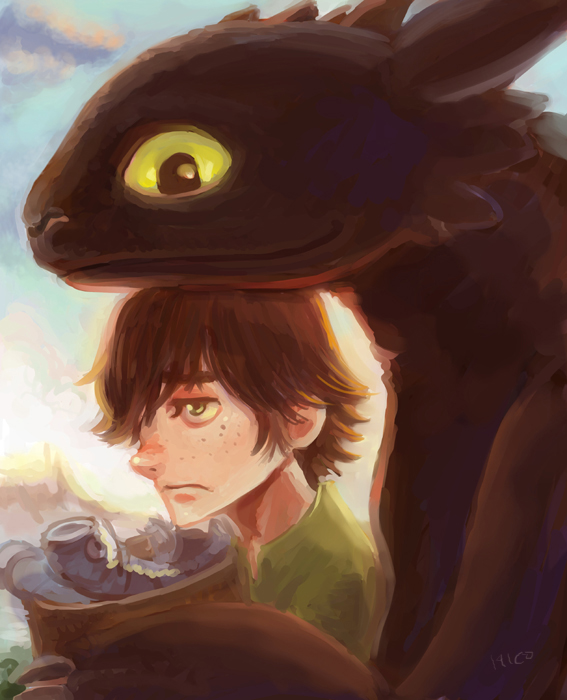 What’s the matter Hiccup, is there such a thing as too many Toothless hugs? Impossible! 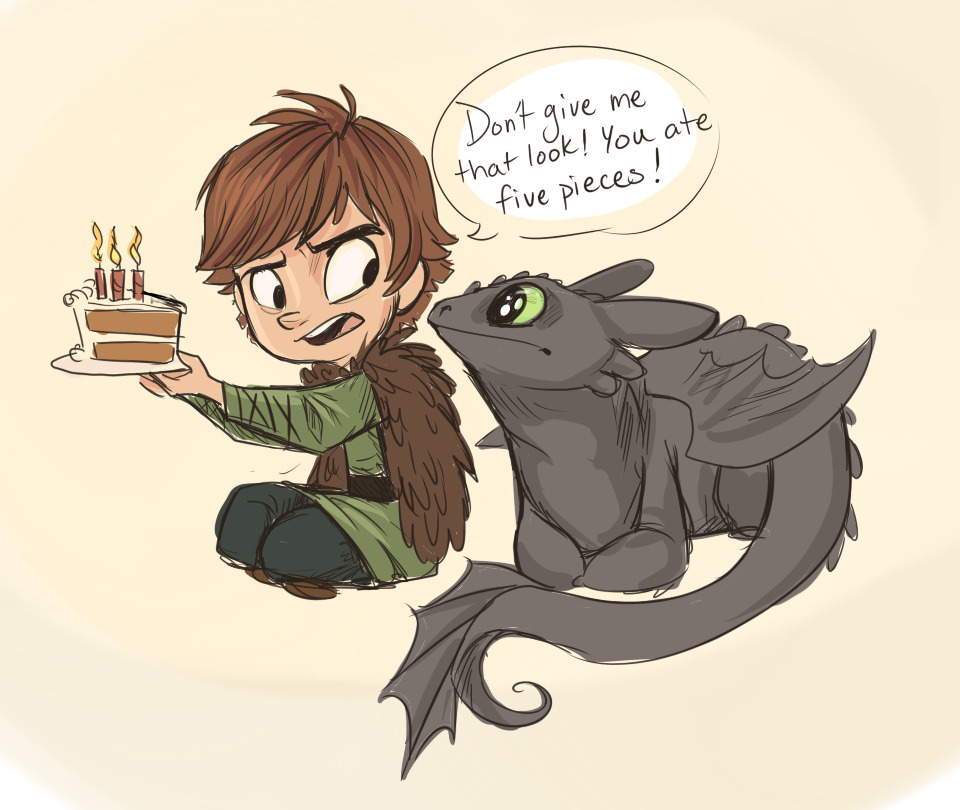 Listen to Hiccup, Bud – all that sugar will rot your teeth!

Toothless and Hiccup – by TsaoShin 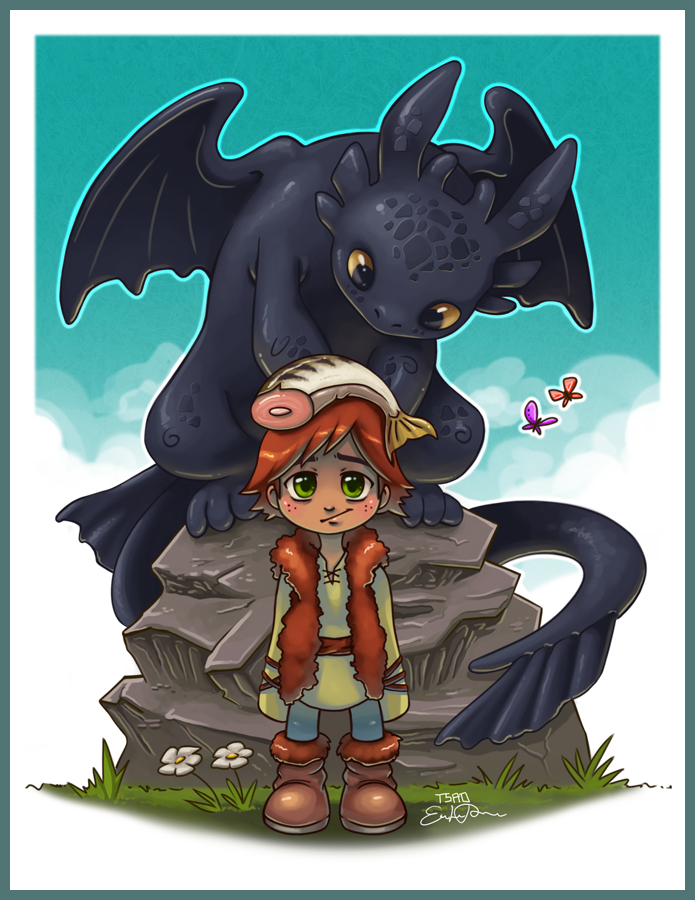 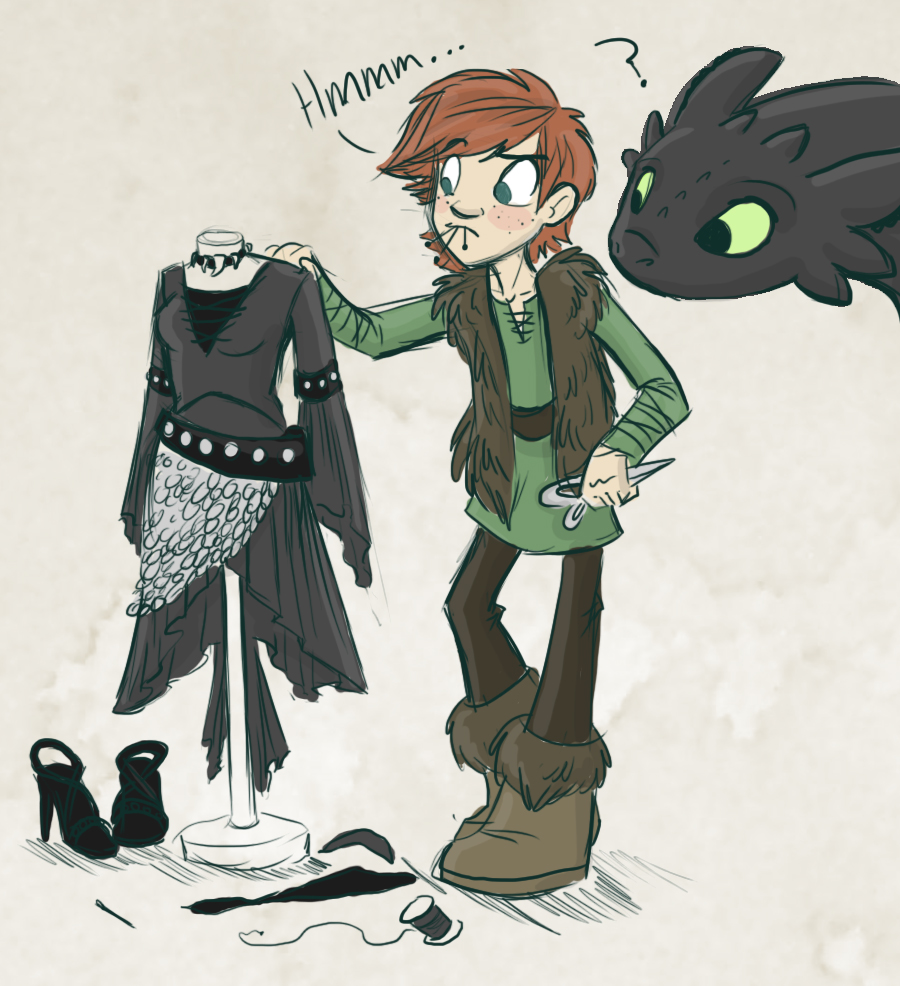 Hiccup sure does some fine stitching. Toothless shouldn’t be so surprised – his saddle looks great!

When I saw Toothless popcorn bucket – by Kadeart0 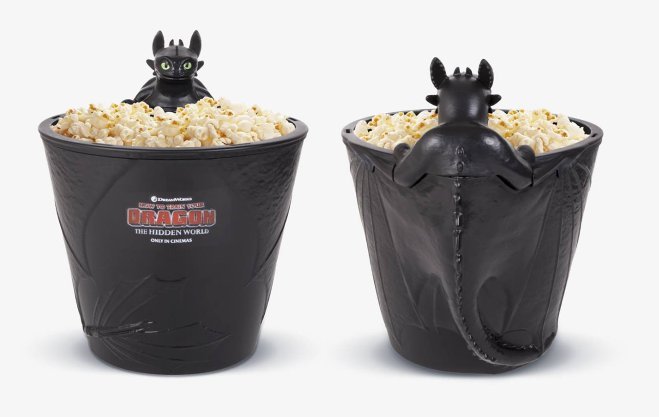 Hey Girl, I popped this corn for two! (The pickup lines are almost endless.) 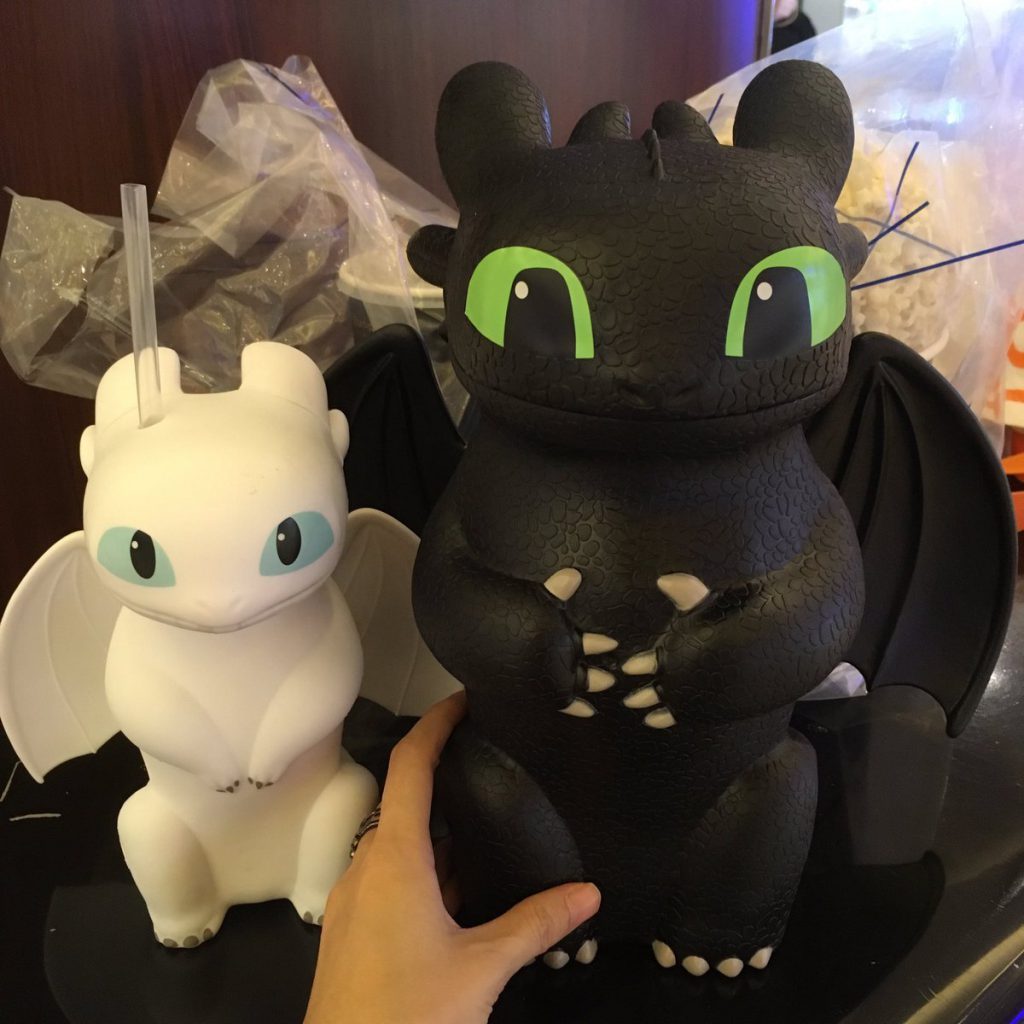 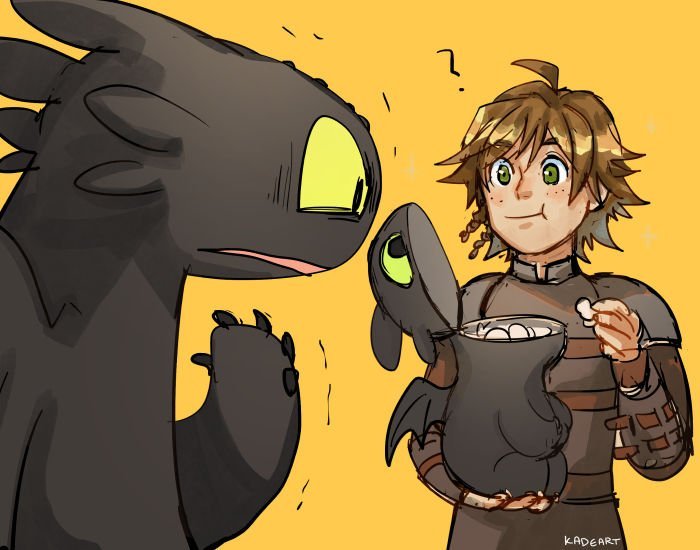 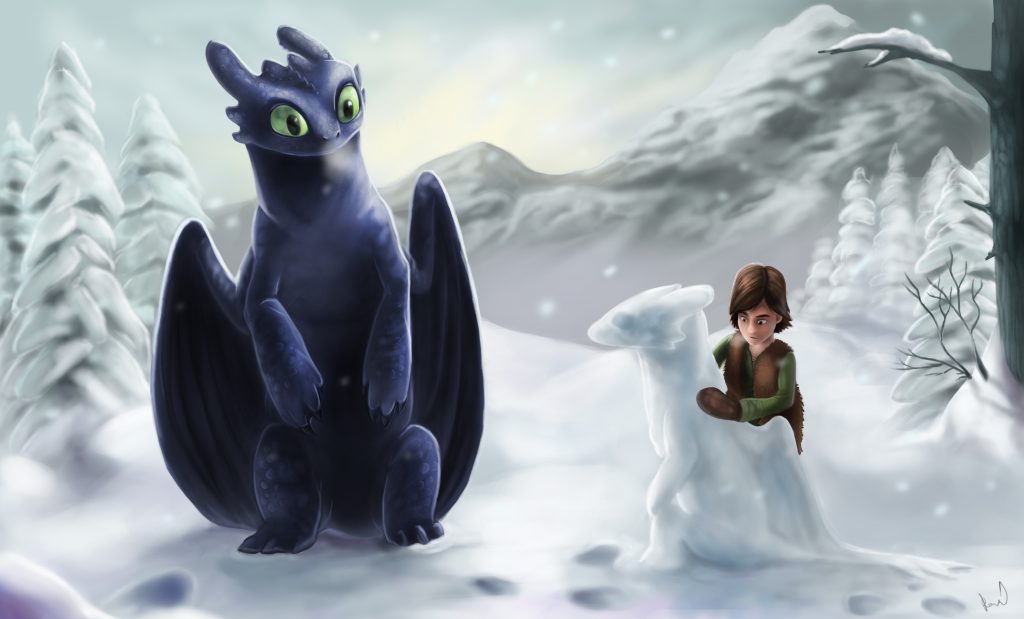 So, if Hiccup makes a Toothless snow-dragon, then will that make him a Light Fury?

A Very HTTYD Halloween – by TsaoShin 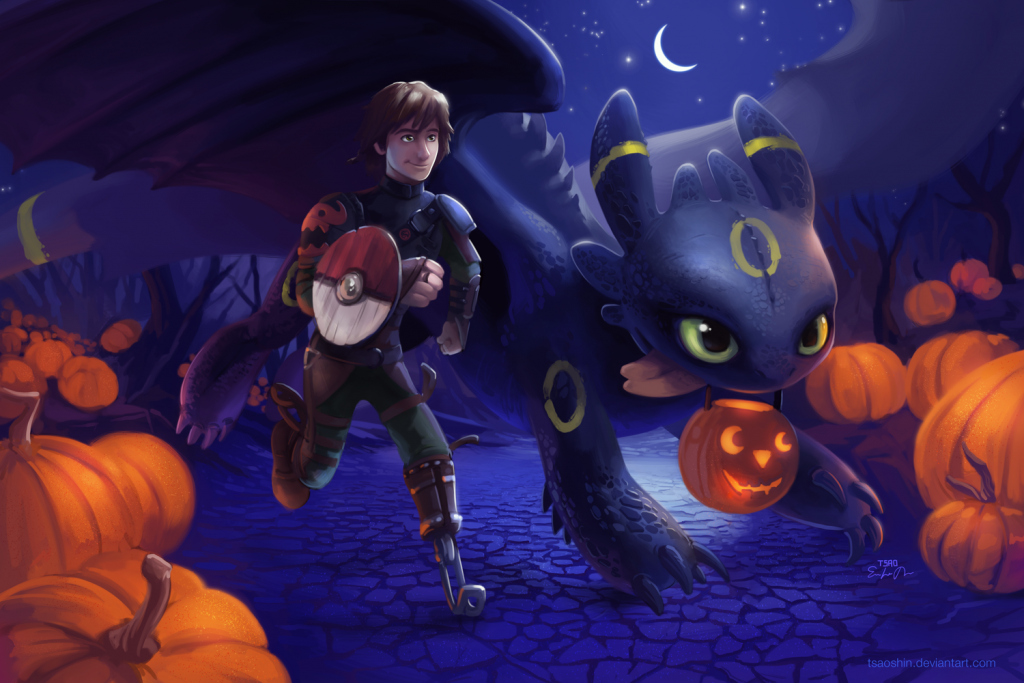 A Viking and his Dragon… Trick or Treating as Pokemon trainer and Pokemon. I’d give them all my candy, just to keep those two on my doorstep a moment longer.

Hiccup and Toothless Investigate Something – by Little Ampharos 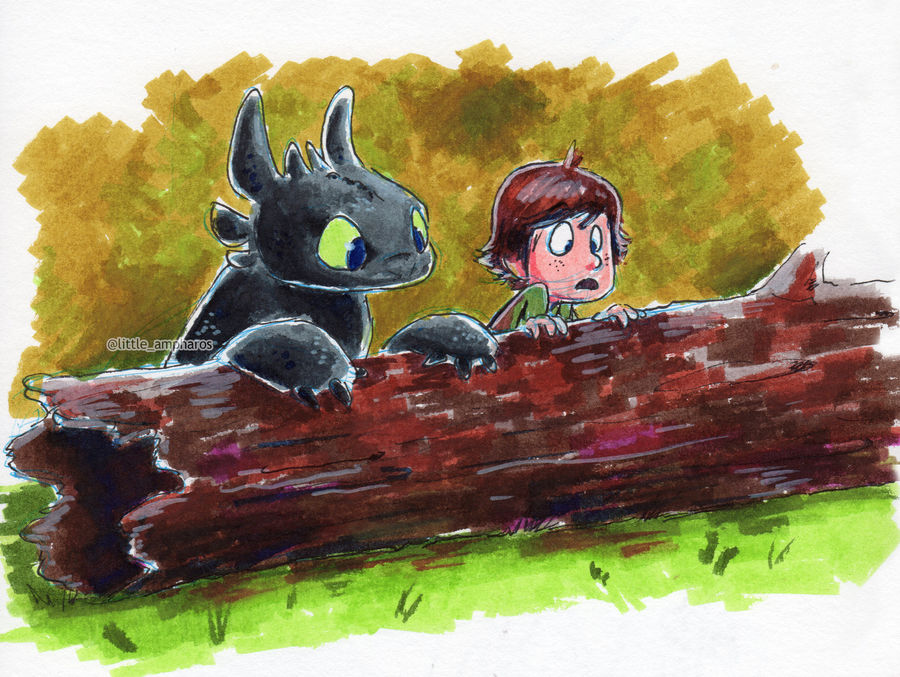 Did they just spot an eel with legs? That would surely freak out both dragon AND human! 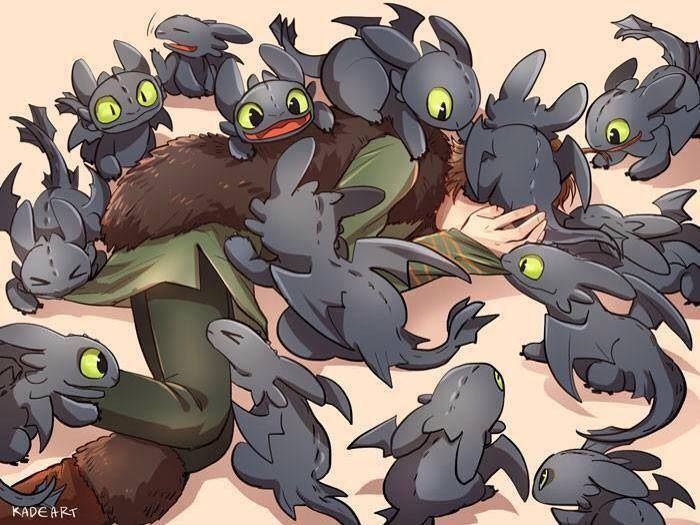 Oh, so it was just a wild pack of baby Night Furies! Don’t be like that, Hiccup – 99.9% of fans agree you can NEVER have too many playful Night Fury babies!

Hey, Hiccup – you have to share your fish too!

Toothless Being Toothless – by MimiforArt 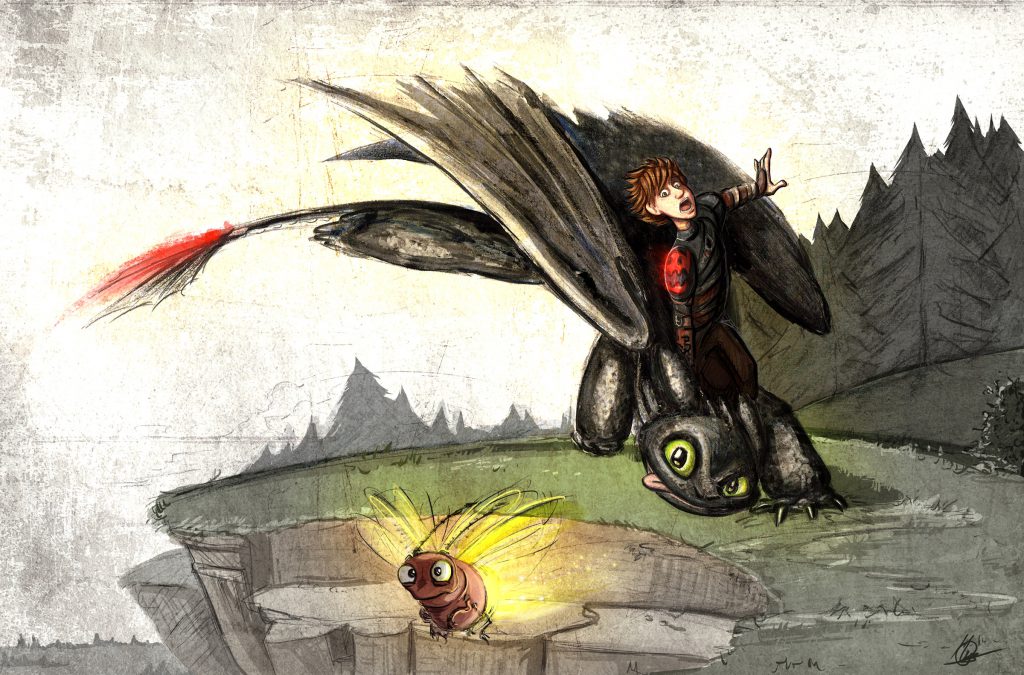 Glowing beetles: what dragons used to chase, before laser pointers were invented! Is it me, or does that bug look like he’s already endured a few hundred encounters with playful dragons?!

In my next post, I’ll start showing some of my favourite Astrid and Stormfly art!

I’ve also got some more funny pictures for posting later, once Toothless has finished chasing his bug. (In a couple of weeks, or so.)
If you have suggestions, would like to recommend some art or submit your own, feel free to get in touch!

In the meantime, you can also leave comments on this post below: