Wow, how quickly time flew by! I certainly haven’t given up on this fansite – on the contrary.

There are more blog posts waiting to be posted, all discussing amazing fanart, news and other interesting goodies.For today there’s the latest “There Were Dragons Here”blog post, which was already written back in 2019, but never posted.

Quite a bit of official HTTYD stuff has happened in the meantime, since the last update:

Then in December 2019 we got the “How to Train Your Dragon: Homecoming” 22 minute short film “holiday special”, and also a “slow television” short film called “Snoggletog Log” which only showed a single “shot” of a burning fireplace inside Hiccup’s home for 22 minutes.

( Spoiler:the characters all spewed putrid eggnog at the “camera/screen/audience” in the end – not something I’d call “festive” or friendly).

There seems to be some mention of a “HTTYD 4” in various entertainment articles from the last few months, but likely it’s just “spin” to check for, or increase interest in the HTTYD franchise.

Criticism of “The Hidden World” movie

There was also an interesting 55 minute video-review, called “A Failure to Inspire”, which superficially touched on some of the story’s problems I mentioned in my own thirty-one thousand word reviews of the movieand which were also mentioned by a good portion of other HTTYD fans and viewers.

Since the last fifteen years or so, I’ve generally grown tired of the common “fantasy-hero” “slave morality” types of movies, as their message never amounts to anything more than just “dreaming” without any real substance, progress or hope.

I believe that to make a positive change in the world, requires building the mind, spirit and body, then pulling up ones’ sleeves and getting down to actualhard and constructive work.

In many ways, the HTTYD movie franchise started out as yet another “slave morality” type of story – Hiccup the outcast/nerd finds and befriends a magical creature (Toothless) and then goes on to become super-popular and loved-by-all.

This is in no way realistic to the way life actually works, and if one (in some form or another) wastes time and energy on magical creatures/super-hero-powers to get ahead in life, then one will ultimately fail and wither away into real-life oblivion – one’s actual and real opportunities never realised.

However, there was enough substance and effort invested by “Hiccup the outcast/nerd” in the first movie and much of the earlier TV series, to keep the story relatable and almost-plausible – at least, as “plausible” as a story with flying dragons can reasonably get. 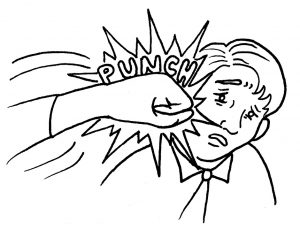 I’ve noticed a kind of trend emerging in popular childrens’ media/movies in the last ten years or so: Besides the displayed increase in demoralising graphic violence and neurotic behaviour, there seems to be an even bigger effort to “implant” political messages and action/reaction triggers – usually involving breaking out/(over)reacting into violence and perceived injustice and division where there wasn’t any before.

Nevertheless, it’s pretty much common knowledge now, especially since the recent push for worldwide eugenics/genocide of the human population (under the guise of protecting our health), that Hollywood and the general media and entertainment industry is run by a cabal of criminals, pedophiles, (child) murderers and satan worshippers. ( source)
Back in early 2019, when the “Hidden World” movie came out, it was already pretty clear that the globalists, governments, major corporations/banks and especially the entertainment/media industry were full of anti-human psychopaths. I had no idea however just how concentratedthese anti-human psychopaths had become, within the world’s hubs of earthly power and influence – a lot of people are only now waking up to that fact. 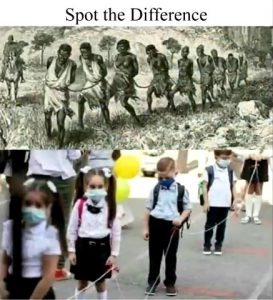 When I wrote my review of HTTYD: “The Hidden World”, the whole review could have been thirty thousand words shorter, if I had only “addressed the elephant in the room”, which is that at the very top of earthly power and influence, lies almost exclusively the absolute worst of humanity. Now that the world’s human population, “the 99%”, has entered its final battle for survival against the psychotic 1% who wish to see it enslaved or dead, the trash coming from mainstream “media” and “entertainment” has become especially toxic to the healthy mind, body and spirit. ( source) ( source)

A few years ago, the same psychopaths pushing today’s anti-human poison upon mankind and humanity still had to be more careful about revealing themselves and their wicked plans. The final “Hidden World” movie would have looked and been very different, had the same (generally more positive) mentality been allowed to remain, which the movies/media from the early 2000’s (and before) still managed to show every now and again.

DreamWorks’ multi-million dollar TV advertising spending for “How to Train Your Dragon: The Hidden World” consistently topped that of other studios ( source), and as I noted in my own review of the movie, there was (and in my opinion still is) quite a lot of “ oh, but I loved the movie/this is what I truly liked about it/actually that’s wrong, let me tell you what’s right ” type of marketing going on in the discussion forums and comment sections where HTTYD fans congregate – a percentage of such comments are undoubtedly genuine, but how much? The vast majority of people/accounts making such comments, don’t seem to contribute in any other way.

It’s amazing just how many “professional critic” reviews seemed to have been written by the same script – stating a very similar narrative to what got pushed by official advertising.
If you want to see this for yourself, just search the movie’s title, and add words like “soars” or “satisfying” – this movie does/is the complete opposite, but just look at how many paid reviewers praise it nonetheless using those or similar words, it’s mind-boggling. If you have a few minutes to spare, there are plenty of other agreed-on words and phrases with minor variations dotted about such “reviews” all over the Internet.
Just goes to show how many of these “critics” visit the same “watering hole” nowadays.

Other modern movies have problems too

Speaking of watering holes: Another movie that was close to my heart, The Lion King (1994), was also mangled by this more destructive trend in its 2019 remake: It was interesting to note the differences between the magnificent 1994 original and the warped2019 remake – if you searched the Internet for articles on those differences, you’d however find scores of articles written by paid influencers/media that mention all the differences, exceptfor the negative change in “motivations” and “morality” that have become overbearingly obvious and common in movies/media nowadays. 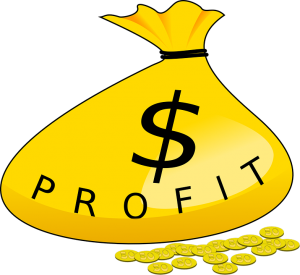 This was both interesting and disappointing to see. Yet another favourite movie/story of mine ruined by greed (and malevolence). 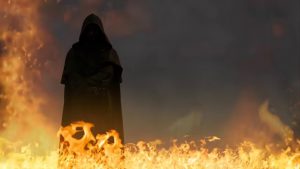 The last two years have certainly been educational, and explained a lot about why there are so many things wrong in the world – the good guys aren’t the ones currently in control, especially in all the influential areas of our lives (medicine, government, security, food, finance, entertainment, journalism, even religions, etc.)

There’s a (forever-) unfinished review of The Lion King (2019)on this blog, and even though it’s somewhat off-topic, the same negative motivations in my opinion damaged both the HTTYD and Lion King stories, which were actually once enjoyable – beforetheir warped revisions/amendments appeared.

If only HTTYD: The Hidden World had been written with the HTTYD (2010) and The Lion King (1994) mindset – The Hidden World would have been a brilliant movie and ending to the HTTYD story. Instead, we got something barely recognisable as a HTTYD story, along with lots and lots of “marketing” commandingus about how great it is. 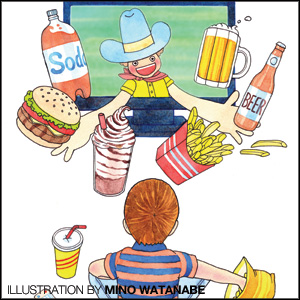 Perhaps it really is best to treat the most common, and easily-accessible forms of multi-media (TV, mainstream news, social media, most movies, many video games, many popular websites, etc.) like junk food – too much of these things will become addictive and ultimately harmful.

Enough of all that however. I stopped working on this fansite because it wasn’t fun anymore after having seen “The Hidden World” and “The Lion King (2019)”.

As much of a “failure to inspire” (and more) the “Hidden World” movie was, much of the fans’ artwork and other creative goodies certainly isn’t:

When I have the time, it’s a nice break to browse artist’s galleries and look at all the great things they’ve come up with. My interest in the good quality book series(with its impressive audiobook voice acting), first movie and earlier seasons of the TV series, but especially the fans’ energetic creativity were my inspiration for starting this fansite, and it’s my main inspiration for continuing to work on this fansite.

While I personally can’t really recommend any of the HTTYD franchise/story – including the original books – for youngeraudiences , due to the avoidably graphic, frightening and violent scenes that I feel could unnecessarily traumatise them (parents should always check first), much of the fanart and other creative output is positively different:

The fans’ creative works overwhelmingly show the positive portions of the earlier (pre-Hidden World) HTTYD story, such as nature, freedom, community, friendship, determination to push through challenges and its successes.
These positive things of course aren’t limited to the HTTYD story – they are simply some of the things that many people want to see and dream of, and the HTTYD story uses them to make it relevant to the audiences’ interests.

In the coming weeks, this fansite will be updated with basic information on the latest official HTTYD news, but true to the original purpose of this fansite, the main focuswill go forward with and remain on discussing the fan creatives’ positive views and interpretations of the story.
I’ll slowly start finishing off a bunch of things here and there which I had stopped working on, and also spruce up the fansite’s technology a bit, but that’s probably less interesting to discuss in greater detail.

More nice things to come!For now, I hope you enjoy the next blog post: “There Were Dragons Here”.