What name should we give the Light Fury, from the “Hidden World” movie? We know that the Light Fury was intentionally not given a name, from interviews with the movie’s creators. This is what the screenwriter said in regards to her name:

“The Light Fury is a species name given to her by Hiccup and Astrid. We deliberately didn’t give her a personal name, because we wanted to keep her wild. She isn’t a Night Fury, she’s a variation of the species with her own traits and abilities. Unlike Toothless, she is not the last of her kind. — Dean DeBlois” 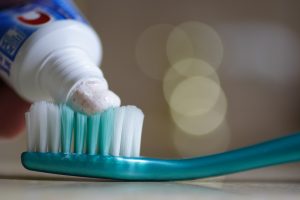 This of course didn’t stop fans from giving the Light Fury a name! The most popular one so far seems to be “Luna”, followed by “Nubless” and then “Toothpaste”.
Personally, of those three I like “Luna” the most, as “Luna” is the Goddess of the moon in ancient (Roman) religion and myth.
The Light Fury, while mostly white, certainly has blue hues that can resemble a moon’s bluish appearance at times. The name “Nubless” and “Toothpaste” are good for a laugh, but probably not something one would like to call out loud with other people watching: “Toothpaste, where are you?!”


Hmm, that probably wouldn’t work. Besides that… did Vikings even have toothpaste back then?

While “Luna” is a nice name, it’s quite a common girls’ name in Italy and Spain, and none of the other dragons have common names.

There probably aren’t too many guys called “Hookfang” or girls called “Stormfly”. Although, it would be pretty cool if we ever met someone with a dragon name like that.

What other names do you think would suit the Light Fury?